The perfect London Sunday stretches infinitely ahead of me as I wake. I greet the Thames, running like a grey ribbon alongside the city underneath low-hung clouds of the same shade. There is vibrancy in the seemingly dull. London is a bright city of grey.

An Americano from Cafe Del Rey, Putney, in hand, I hop on the 22 bus to Piccadilly Circus, earphones bumping with old-school British tunes, to set the mood. It’s a day of immersion in this new home of mine. One hour later, past Fulham, Chelsea, and Hyde Park, it’s on to the Tube, Bakerloo line to Warwick station, which opens up to the gem of Little Venice, a taste of Italy in the middle of London. 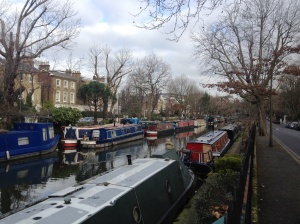 After a second Americano accompanied by eggs in a diner overlooking the canal, I stroll along said canal, watching painters immortalize the scene, friends chat, and lovers meander. 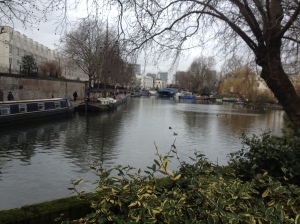 Back on the Bakerloo to Waterloo and the highlight of my London Sunday. But first, a stop at Foyles for some new reading material, two travel memoirs. I’ve always been a voracious reader, but something about this city lights up my inner bookworm to no end. Maybe it’s the thought of all the literati who’ve walked these streets. Armed with my purchases, I make my way to the Southbank Centre for some tea and to wait for the 3:00 p.m. performance of the London Philharmonia Orchestra. 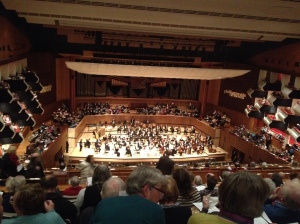 As I settle in to immerse myself in the music, I can think of no better way to spend a solitary afternoon, and as I leave the concert, I feel more alive than I have in quite some time.

After a stop at the local Sainsbury’s, I head home to end the day with a cuppa. And I recall Samuel Johnson’s famous quote: “When a man is tired of London, he is tired of life.”